I am, once again, in the forest. An aqua forest… of dreams… caught up in an entanglement of roots, alert to the breath and whisper of rock, of clod, of underground river.

As in the poem, Lost, by David Wagnor, I must listen… stand still… let the forest find me. 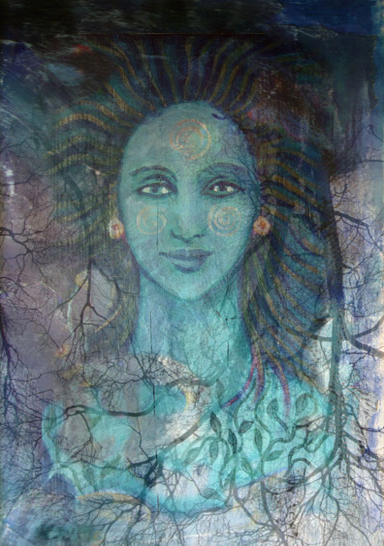 Stand still. The trees ahead and bushes beside you
Are not lost. Wherever you are is called Here,
And you must treat it as a powerful stranger,
Must ask permission to know it and be known.
The forest breathes. Listen. It answers,
I have made this place around you.
If you leave it, you may come back again, saying Here.
No two trees are the same to Raven.
No two branches are the same to Wren.
If what a tree or a bush does is lost on you,
You are surely lost. Stand still. The forest knows
Where you are. You must let it find you.

New Year and change. Letting the silt of the old year settle; lingering in shifting currents. I took a wander through a nearby wood, the sun, bright, cold and clear through tangled hands of branches, taut and white like a drum in the sky. A forest seeded in my mind…

Before Christmas, I listened to a play by Kneehigh Theatre on Radio 4 called “The Wild Bride”. The story was based on the fairy tale, The Handless Maiden and an overview of the tale can be read on the theatre website here.

In the tale a poor forester accidently sells his daughter to the Devil. When she goes feral and becomes a wild thing in the forest, I began to listen a bit more intently;

“Her dreams became deep rooted and full of forest”.

– The Thing in Mervyn Peake’s Gormenghast… “something human that stood dappled with leaf-shaped shadows, a child, with its thick hair hacked off close to its head and the face freckled like a bird’s egg. The body, slender, indeed thin, appeared, when the child began to move, to be without weight.”

– the wild child in David Malouf‘s An Imaginary Life… “He has not yet captured his individual soul out of the universe about him. His self is outside him, its energy distributed among the beasts and birds whose life he shares, among leaves, water, grasses, clouds, thunder – whose existence he can be at home in because they hold, each of them, some particle of his spirit.”

Perhaps they represent a freer, more primitive self, a closeness to the wild spirit and nature we once had millenia back. Perhaps they simply remind us of the untamed child of our own past, I may have been somehow closer to nature then.

I took a biro, a large sheet of brown paper and inspired by Eva Jospin, doodled a forest. Here is my first Forest on Brown Paper and a photoshop-inverted one because I love blue so much. Wild child sketches follow. 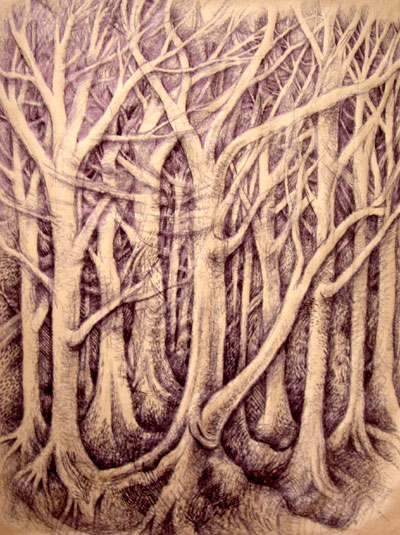 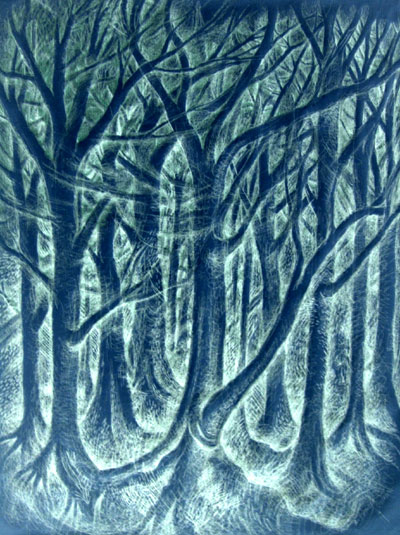 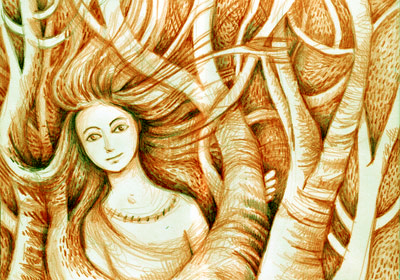 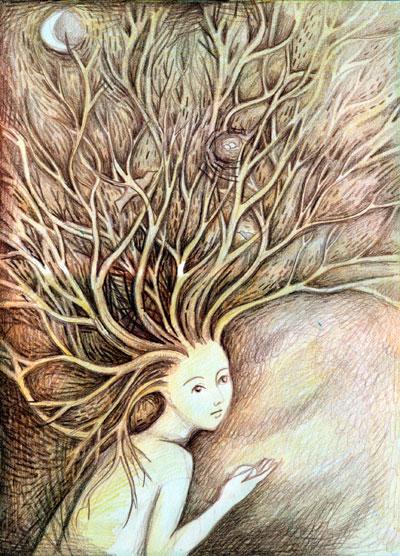 2 thoughts on “Whispers from the forest” 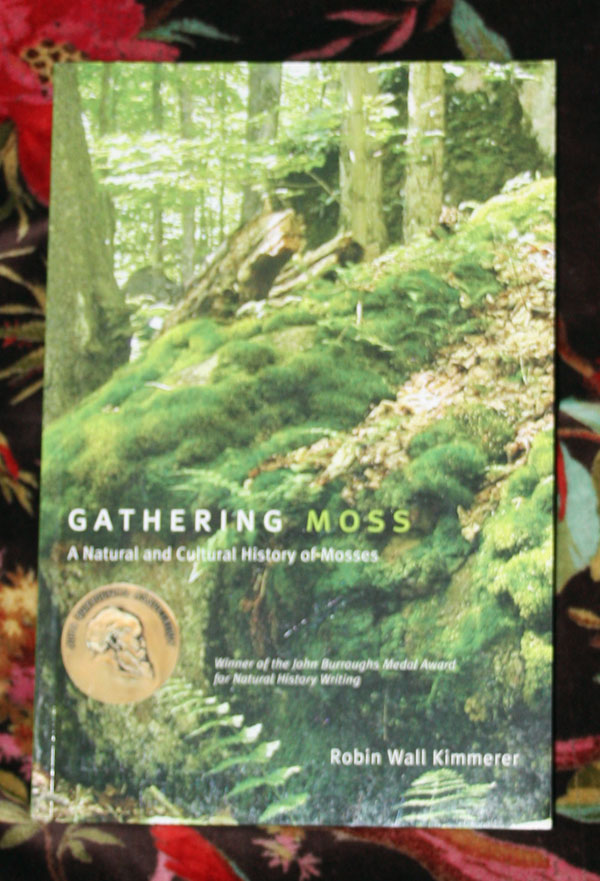