A folk tale by Christoph Meckel. 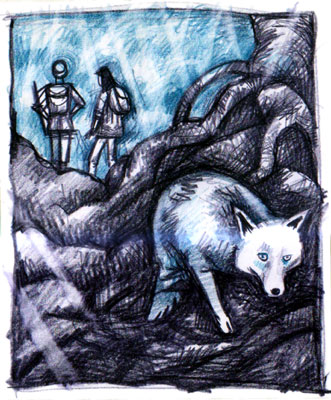 “From now on we must search for a wolf” said the man. And we searched for the wolf, and in the afternoon I found the man sitting exhausted on the stump of a tree, and he said “I saw the wolf transforming itself right in front of me. Now we must look for a black fox.” 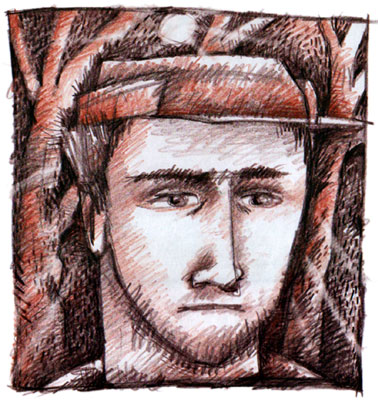 “I hunted the tiger and all the other animals before. I hunted the bear and the elephant. Now I am hunting the black fox. I’m a hunter. That’s how I make my living, and I need the animal. I want to possess it.” 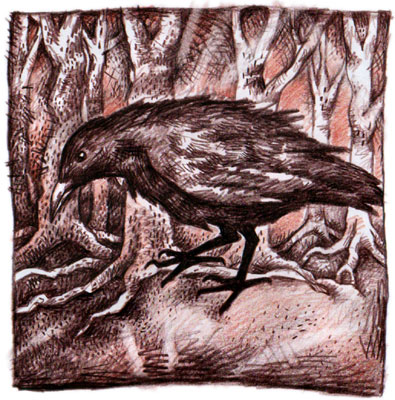 Once again I began running through the woods, and toward evening I encountered a man sized crow in the underbush, standing still, and I stopped in my tracks and asked, “Are you the one being sought crow?” The crow nodded and hobbled over to me. “Does the man know you are a crow?” I asked.

Then we washed ourselves in the trough of a fountain. After I had taken a drink, the crow jumped into the water, flapped its wings, shook itself, splashed the water, and drank some through its beak in great loud slurps.