There is a new, temporary, sculpture in the park near me, a gateway or screen, a memorial to the Elm tree. It stands beside the two of the oldest elms on Earth, the Preston Twins of Preston Park, Brighton. 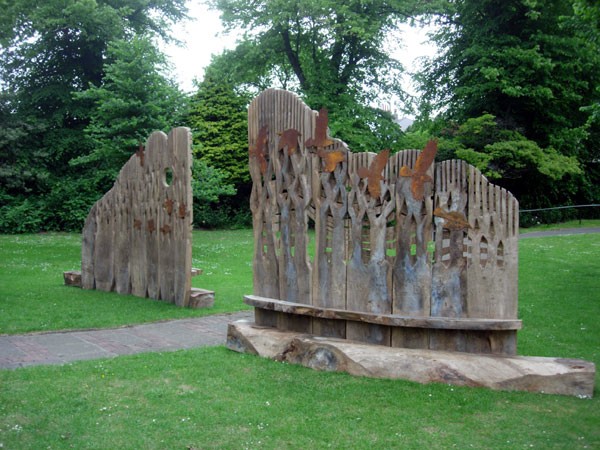 The sculpture is carved from elms felled in the River Cuckmere valley last year due to Dutch Elm Disease. Elm trees around the country were wiped out in their millions from the 1970s by the disease. In Brighton effective control measures were introduced, so it is the last stronghold in Britain for mature English elms. There is still a wonderful variety of elm trees here, originally planted by the Victorians and Edwardians. 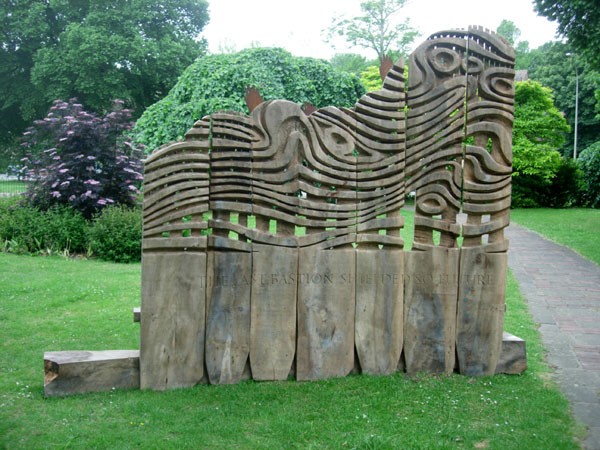 The sculpture is the creation of wood sculptor Keith Pettit and part of a project called Ulmus Maritime organized by The Conservation Foundation along the South coast. He created the screen as a memorial to this fated tree.

On the front are flying birds – rooks – a copse of Winter elms and a sun. Along the bottom are the words:

“Ad gigantes augustos olim per terram nostrum pervagatos, nunc defectos” which means “A memorial to the lost, majestic giants once spreading through our land.”

On the other side are swirlly clouds like waves and the hopeful words:

“The last bastion, shielded so future generations may still know of them.” 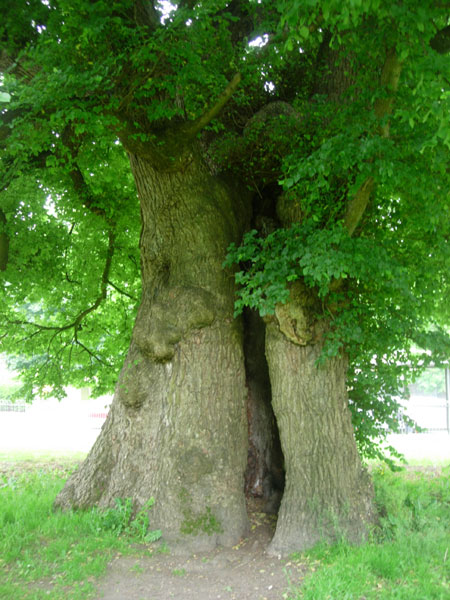 The Elm tree had its own nymph in Greek mythology. She was one of eight tree spirits or Hamadryads and her name was Ptelea. Elm trees feature in ancient literature including the Iliad and the Aeneid, where in the Underworld there is found the Stygian Elm of the River Styx or Elm of Dreams:

Spreads in the midst her boughs and agéd arms
an elm, huge, shadowy, where vain dreams, ’tis said,
are wont to roost them, under every leaf close-clinging.

And finally here is a link to a lovely poem, ‘The English Elms’ by Carol Ann Duffy.