Fado, which means “fate”, has obscure origins – in back street cafes, bars and the alleys of the poorer parts of Lisbon perhaps. Some say it began with lonely voyages when sailors would sing of their homesickness and loves left behind. Whatever it’s origins, there is a strong association with the sea, and with that loss, longing and nostagia.

Below are two illustrations inspired by Fado. Initially I was going to draw in blue pen but decided that I wanted a darker, richer illustration with more depth, so I chose mixed media using black and blues, ink and watercolour pencil with collage. Woman of the Song was created a while ago and in greens; she was a woman draped in greenery similar to my Sleeping in the Forest illustration. I wasn’t happy with it then, but felt better adding words and a blue overlay of ink to create a woman in mourning. Not all fadistas are women of course, but mine will join my other women portraits and pictures. Sometime I’ll work harder at depicting men, which I don’t do very often :) 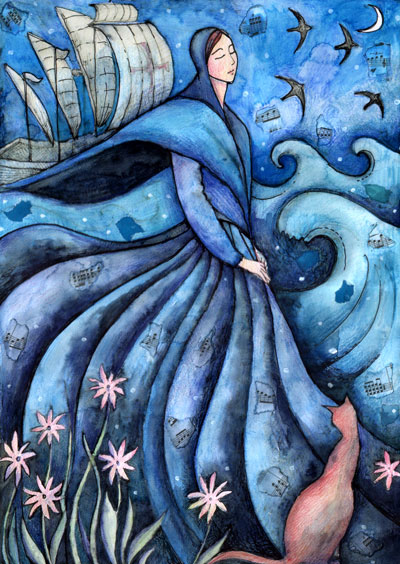 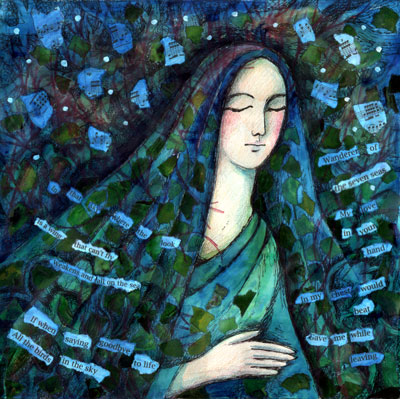